The Maltese Islands are a stunning archipelago in Southern Europe. Surrounded by the Mediterranean Sea with Italy to the north. The archipelago consists of 3 islands, Malta, Gozo and Comino. Each boasting year-round sunshine, a host of things to do and amazing scenery.

The Blue Lagoon is one of Malta’s most popular attractions. It’s the perfect place to spend the day sunbathing or snorkeling. This country is also adored by history lovers. Valletta is home to over 300 historic monuments and has been a UNESCO World Heritage Site since 1980.  Adventure junkies can rejoice, as Malta is one of the best diving destinations in the world. The Blue Hole is a popular diving site which reaches a depth of 60-metres. Swim with parrot fish and even octopus!

Thanks to its range of adult only and family friendly hotels, Malta is a perfect holiday destination for couples and families alike. During Summer the island is popular with youth thanks to its exciting festivals. Whether you’re looking for a paradise or a party, a Malta holiday caters to everyone.

Arriving to and departing the island is convenient. With flights departing from Dublin regularly, and from Cork twice weekly - there's always great deals on holidays to Malta from Dublin and Cork. Travel time is just 3 hours and Malta airport is only 15-minutes from Valletta.

THINGS TO DO IN MALTA

This sun-kissed archipelago is packed with exciting attractions. It is impossible to be bored on a Malta holiday.

Party the night away in Paceville. This town is dotted with bars, clubs, casinos and more. During the Summer the island also hosts many exciting festivals including Isle of MTV and Annie Mac’s AMP Lost & Found.

Ramla Bay is the largest sandy beach on Gozo Island. It is known in Maltese as “Ramla il-Ħamra”, meaning Red Sands and is regarded as one of the most beautiful red sand beaches in the world.

There are a range of retail outlets and markets on Republic and Merchants Street in Valletta. While Tigne Road, Sliema is home to high-end and designer boutiques.

On the 14th September the colours of the rainbow will fill Valletta's Triton Square for the biggest event, Malta Pride. The pride celebrations here are some of the best in the world. 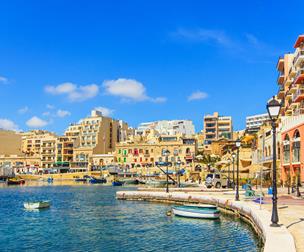 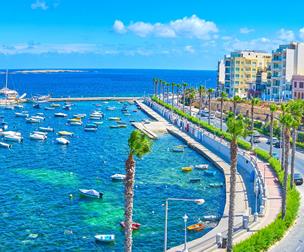 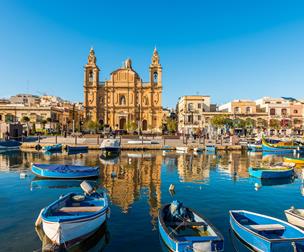 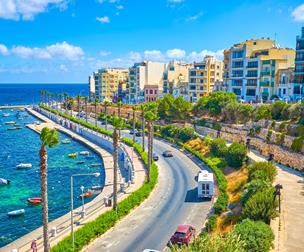 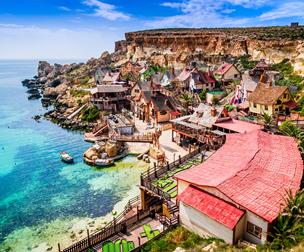 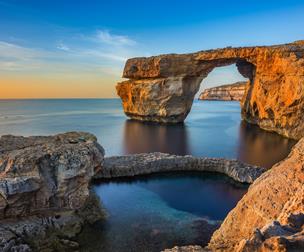 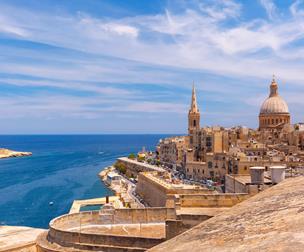 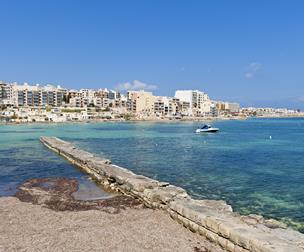 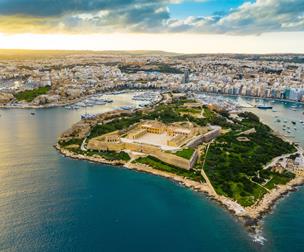 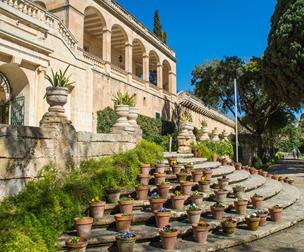 With 300 days of sunshine a year, Malta is a year-round destination. During the Summer months festival season is in full swing and the atmosphere in Paceville is electric. If you want to avoid the crowds, visit between September – November.

Euro is used in Malta so there is no need to worry about conversion rates.

Malta is only one hour ahead; therefore, jet lag won’t be a problem.

Thanks to their size, the islands are easy to navigate. The inexpensive public bus serves the major tourist areas. While the short Ferry trips to Gozo & Comino are regular, and affordable.