San Francisco is the showpiece of the Bay Area, renowned for its diverse culture and scenic vistas. A mash up of culture, colour and flower-power, it's a vivid and diverse city full of life. Here, you can soak up the superb views of San Francisco Bay and iconic landmarks like the Golden Gate Bridge and the network of the city’s historic cable cars. The city and surrounding area are jam-packed with entertainment making it a holiday you won’t forget!

There are regular flights from Dublin to San Francisco with Aer Lingus, with an estimated flight time of 11 hours.

To learn more about things to do in San Francisco, the best time to go and local info see here.

Things to do in San Francisco

San Francisco has a diverse, lively nightlife scene, with each district having a unique selection of bars, clubs and lounges for visitors to enjoy. San Francisco’s SoMa neighbourhood is great for electronic and hip hop clubs, while in the mission disctrict you’ll find an alternative space for smaller, more intimate venues. North Beach stays open until the early morning and is full of neon lit bars and packed clubs.

North Beach is San Francisco’s ‘Little Italy’ with an eclectic influence from nearby Chinatown. It is famous for being a neighbourhood of unconventional character packed with ethnic culture galore and a high density of cafés and restaurants.

Pier 39 at Fisherman’s Wharf is the commercial tourist epicentre, with shops, stalls, bars, restaurants and street performers as well as the famous Fish Alley Market. Union Street and Union Square are a paradise for shoppers, as it is home to a range of shops from boutiques to well-known American labels. For quirkier items, check out the city’s China town.

September to November can make for a great time to visit San Francisco, as temperatures are pleasant during these months and there are fewer crowds than during the summer months.

The US Dollar is used in San Francisco.

Dublin is 8 hours ahead of San Francisco.

A visit to Sn Francisco would not be complete without riding on one of the city's iconic streetcars! Alternatively, there is a regular bus service as well as cable cars and ferries which can be availed of. 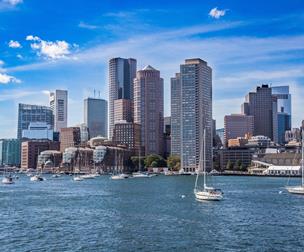 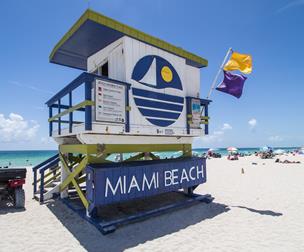