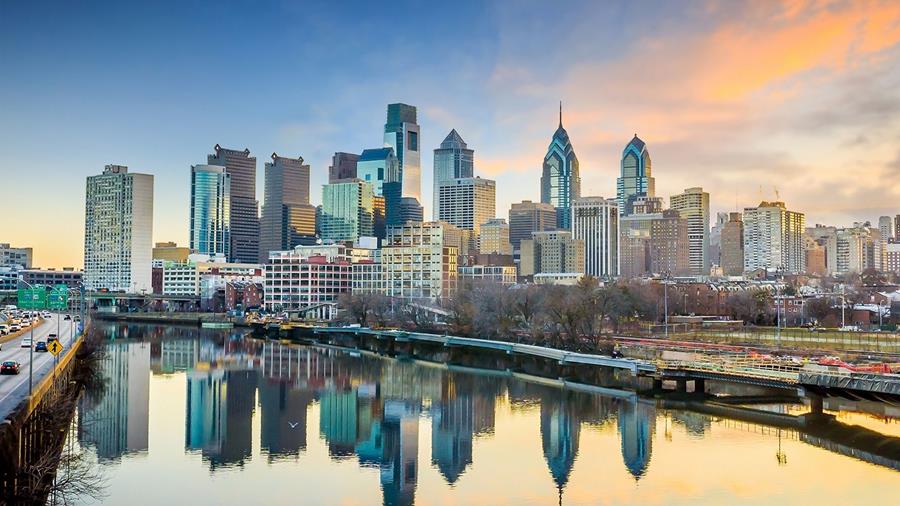 My friend and I recently travelled to Philadelphia and spent 5 days enjoying this vibrant and lively city. We flew directly with American Airlines from Dublin to Philadelphia and from the airport we took a taxi into the city, which took about 15 minutes.

Philadelphia is the largest city in the state of Pennsylvania, or as the locals call it Philly. Its a magnificent and fascinating city with many universities and colleges, and is very rich in history. Philadelphia is also famously the setting for the hugely popular movie franchise Rocky. We stayed in the city centre, close to the main attractions, including Independence National Historical Park and Independence Hall, a UNESCO World Heritage Site where the Declaration of Independence and the United States Constitution were approved in the late 18th century. We were also close to the Liberty Bell, and we did a bike tour that included the Philadelphia Museum of Art, City Hall, Ben Franklin Parkway, Schuylkill River, Magic Gardens, Rittenhouse Square, Washington Square and other popular attractions.

We loved walking around and exploring the city, while occasionally stopping to relax in one of the many parks. We also fell in love with one Philly specialty in particular; the cheesesteak – so tasty and delicious!

Philadelphia is full of shopping centres and local shops. We went to Gloucester Premium Outlets in New Jersey, which was around a 25 minute drive across the Ben Franklin Bridge from Philadelphia.

Philadelphia has a great range of foods on offer. The best of the Philly specialities include the cheesesteak smothered with Whiz, a flavor-packed hoagie on a crusty roll, and the tomato covered with Parmesan cheese. We also went to the Red Owl Tavern at the Monaco hotel, which is an old reliable Irish bar where we got to eat great food and listen to good music.

Book your next Philadelphia break with Budget Travel!

You will find lots of deals to Philadelphia for couples, families and friends at Budget Travel. Check out our unbeatable Last Minute Holiday Deals or call us now to book on 01 435 0024.